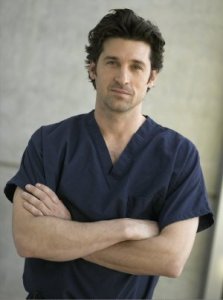 Did a piece of your heart break last week on Grey’s Anatomy when Derek died?

Dr. Derek Shepherd, the perfect man, neurosurgeon, father and most importantly sensitive, loving and OH SO SEXY husband of Meredith. A woman with many heart breaks along the way and emotional challenges stemming from her childhood.

It seems so wrong that JUST when Derek and Meredith sort out their recent marital issues and he is headed to Washington to resign from his high profile position working for the President that he is killed. Of course, the story line makes it even worse by making it a heroic death.

Nope, they couldn’t just have Derek get killed in a car accident. He had to save many lives before.

How could they do that to us after 11 years? Why does it feel so overwhelming sad? Why do we feel so much anger? I almost feel sorry for Shonda Rhimes. That poor girl is getting so much anger thrown her way right now.

She stole our Happily Ever After. 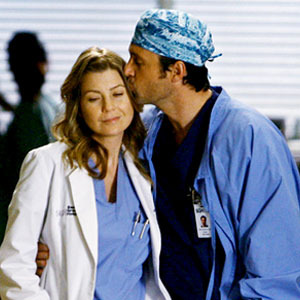 We have traveled with Meredith and Derek from the beginning and been a part of their Epic Love Story. We have been witness to their most touching moments like writing their vows on a post it note, Meredith opening up and giving her heart to Derek, the shooting, Derek saving Meredith after her near drowning, adopting Zola and them working together on several cases saving lives.

But we have also been a part of all of their many struggles and challenges over the years. Past relationship interference, the plane crash, grief and loss, infertility issues, living in different cities and Derek pulling away from Mer because he stops believing in himself and his abilities as a surgeon and as a man. Remember when he shoots her engagement ring into the abyss with his gold club?

But through all of this we trusted.

We trusted that Derek and Meredith would be together because they have a deep soul level connection. Because it was supposed to be! And just when they are on the verge of making it happen…Derek is killed.

But Happily Ever After really doesn’t work well for TV Drama. We would likely find watching it boring and ratings would go down. Have you ever noticed that in movies just when they get to Happily Ever After they roll the credits?

But our lives are not a TV drama or a romantic comedy. Creating Happily Ever After in reality is something I believe we all desire at our core. If we didn’t the world would not be so angry at Shonda Rimes right now!

Just because it didn’t happen for Derek and Meredith doesn’t mean it cannot happen for YOU! Not sure where to begin? Email me today to set up your 30 minute complimentary phone or skype coaching session at diane@glowleadership.com and head right back up to the top of this page and download my FREE e-Book Soulmate Love – How to Create the Connection Your Heart Desires.

Have the career you have always dreamed of. Start moving towards advancement now.

Sign up here to receive your FREE Guide – LEVEL UP – 4 Game Changing Steps to Advance Your Career.